Very few monuments in the world are as impressive as the Acropolis. Its history alone is enough to make it on everyone's bucket list. What makes it even more special is how it has immensely influenced architecture in every part of the world. I can't think of any country which doesn't have a public building with doric, ionic or corinthian (Humanities, anyone?) columns. The perfection of the Parthenon is well-known, further testament to why it is still around even after almost 2500 years of war, pollution, and vandalism.
Staying at a hotel close by meant an easy stroll through Dionysiou Areopagitou, the marbled, pedestrian walkway to the entrance of the Acropolis. Saw a lot of interesting doors along the way. 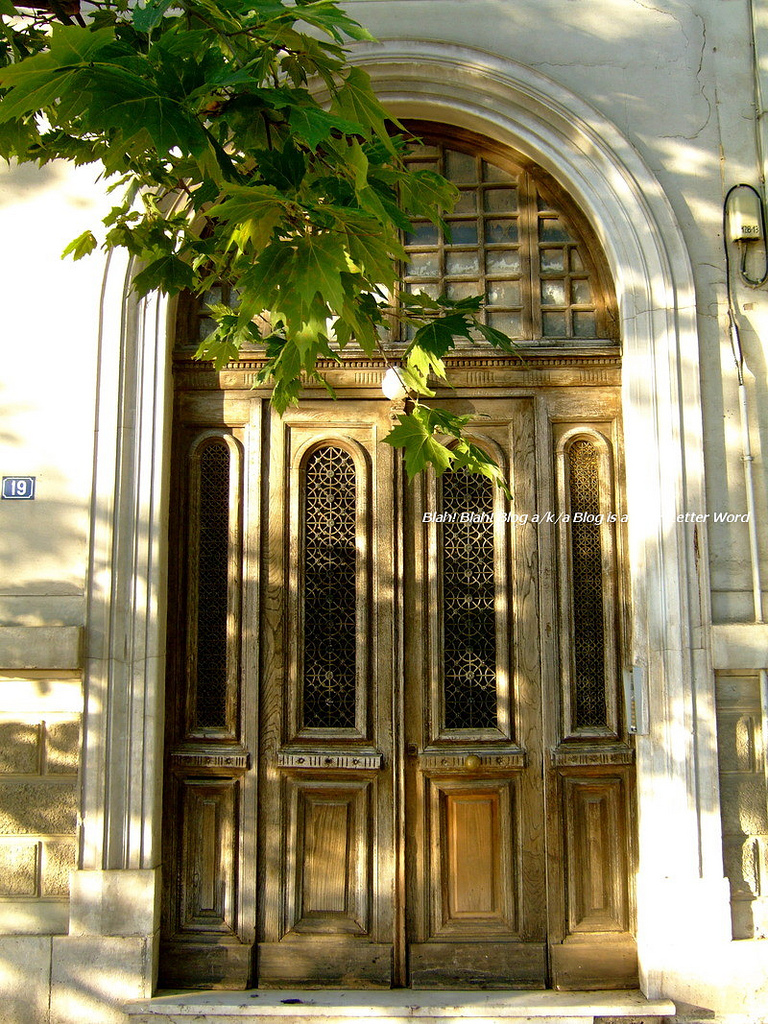 We made it there right before opening at 8 a.m., got our tickets which are apparently good for 4 days, then were off. 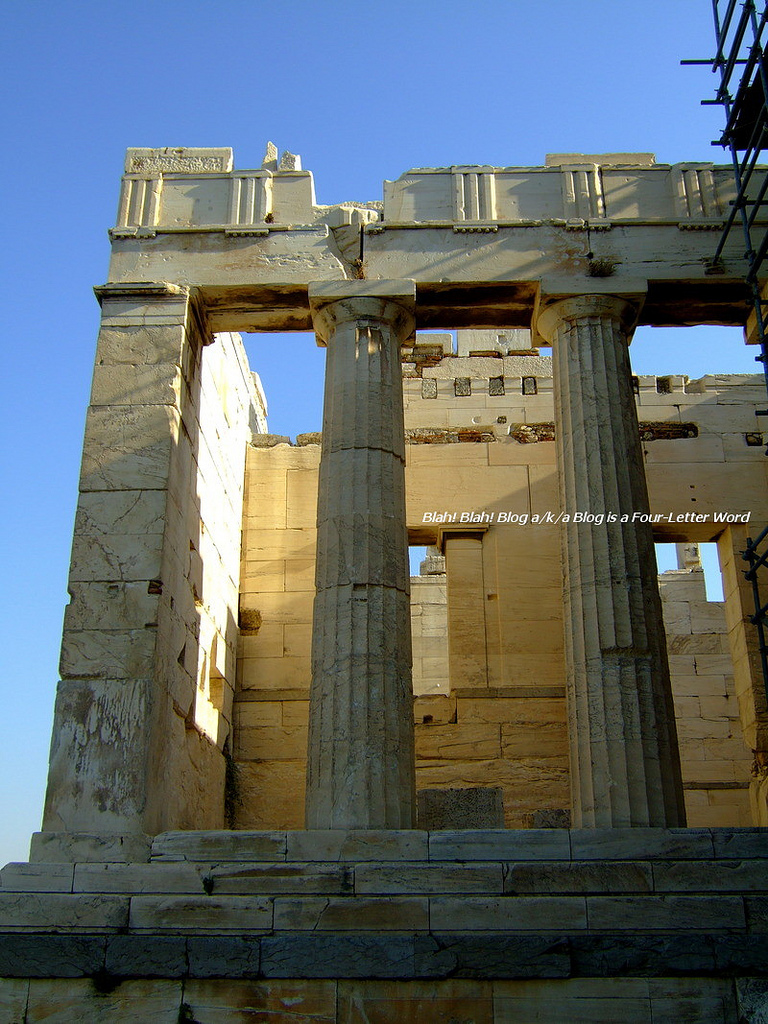 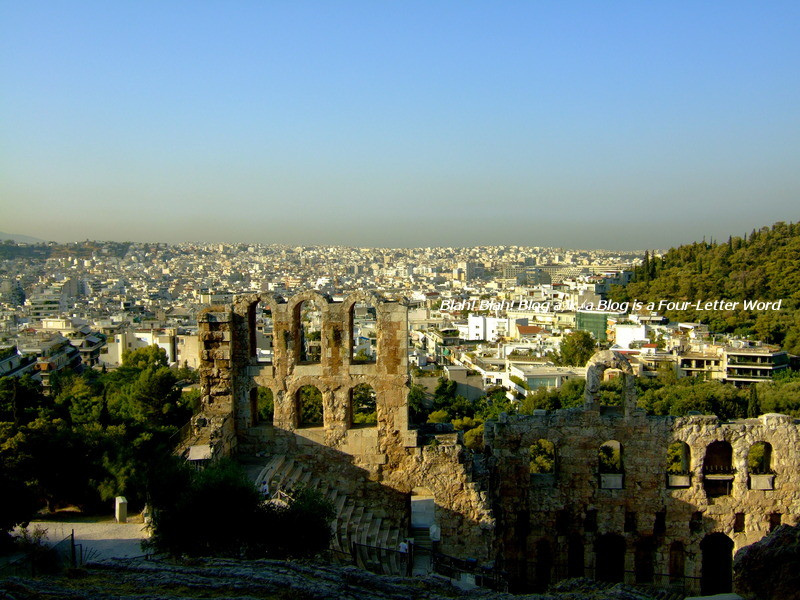 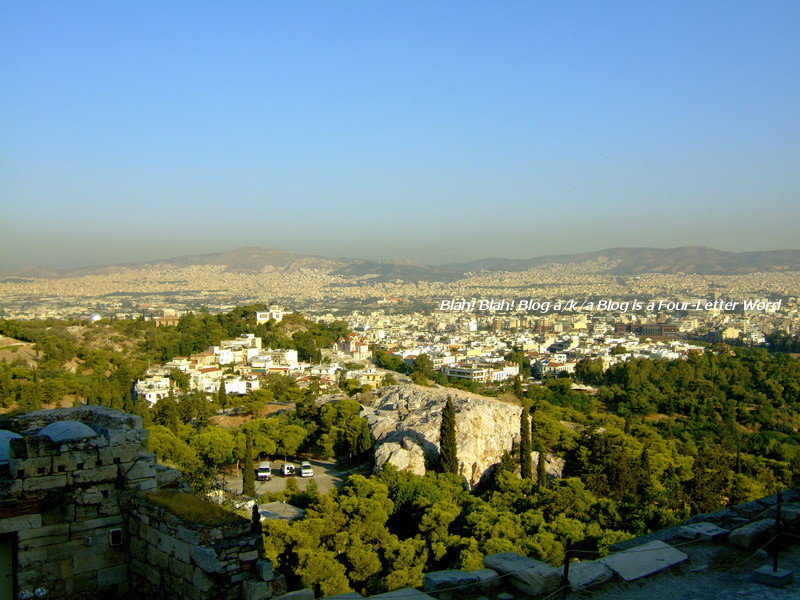 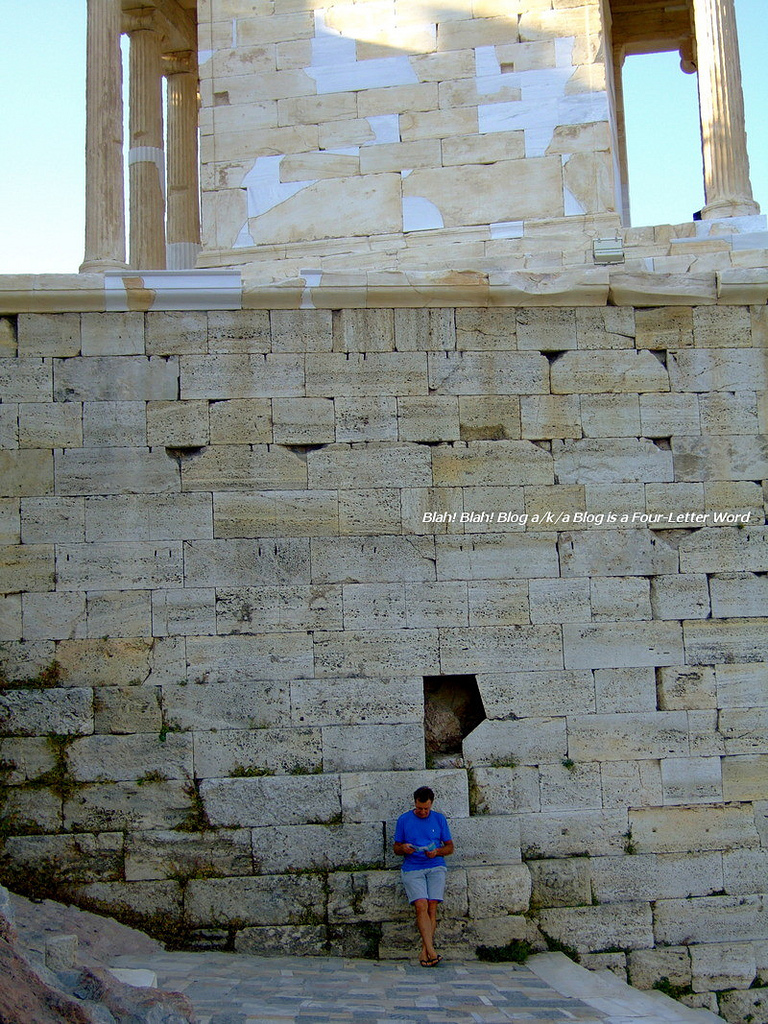 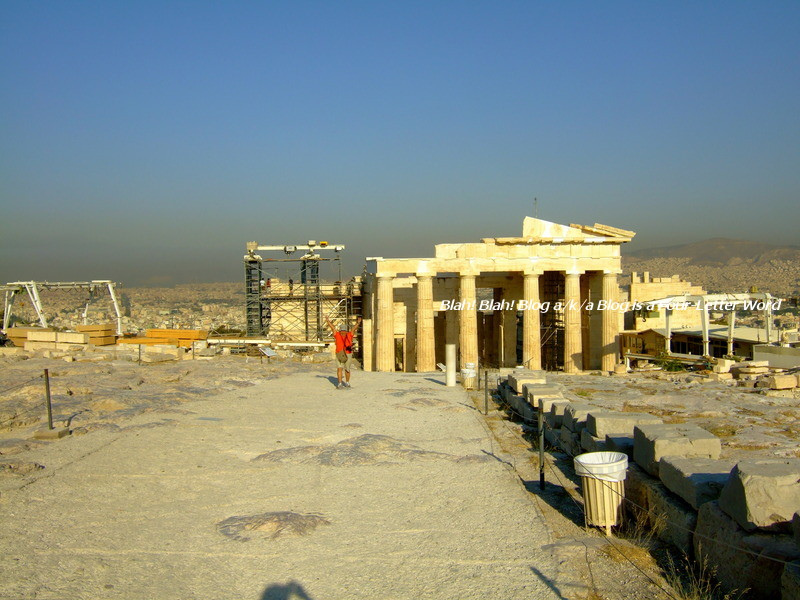 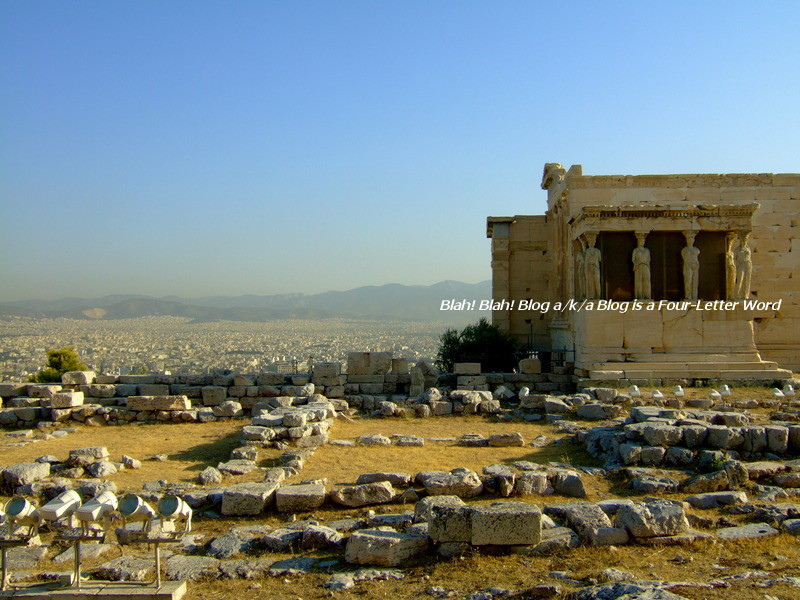 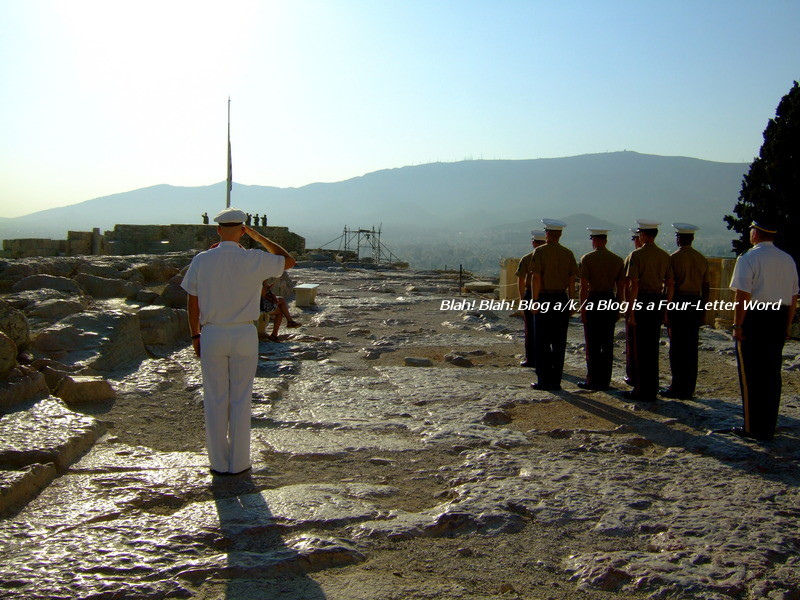 The heat was incredible even that early in the morning. There was a military contingent from the U.S. that was there for the Greek flag-raising ceremony for some reason, and I did not envy them at all for having to stand still in front of the hot morning sun. 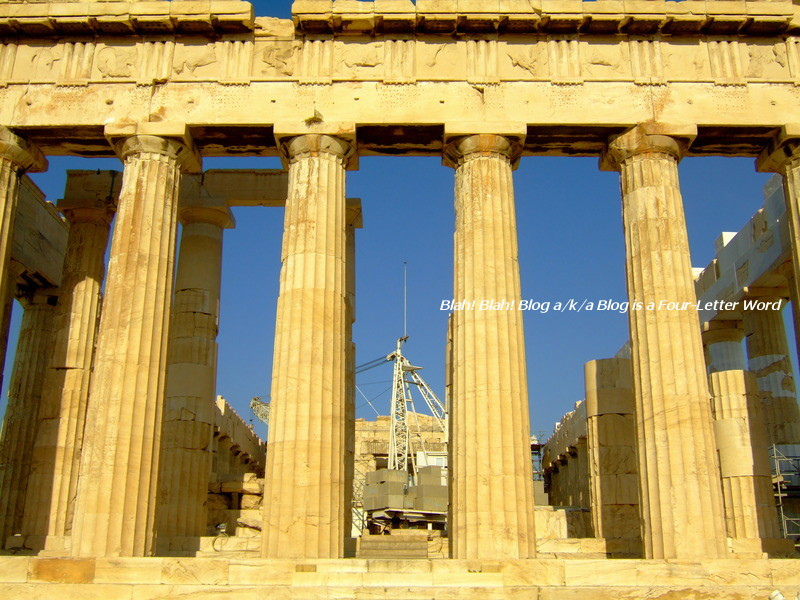 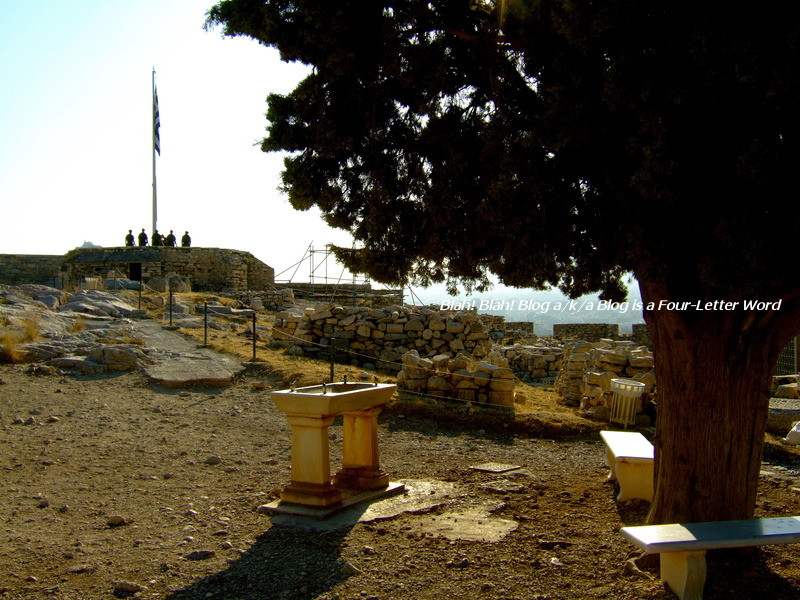 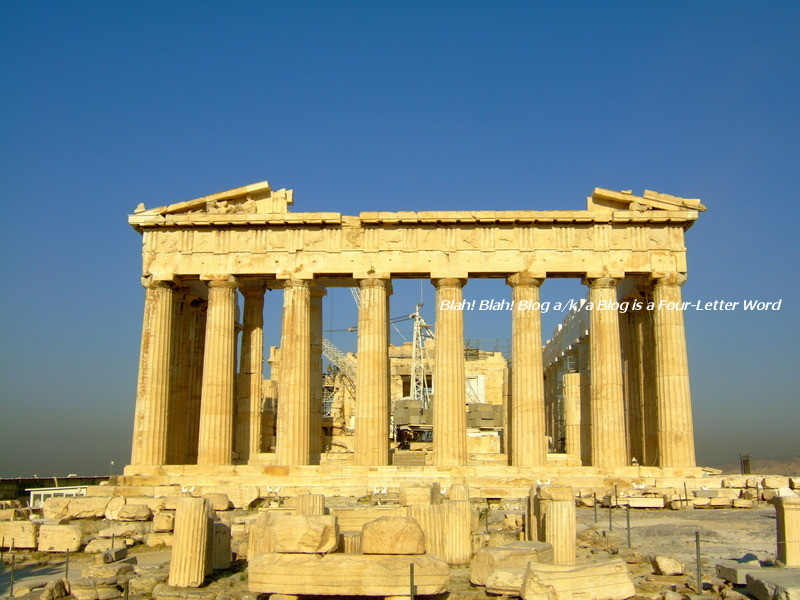 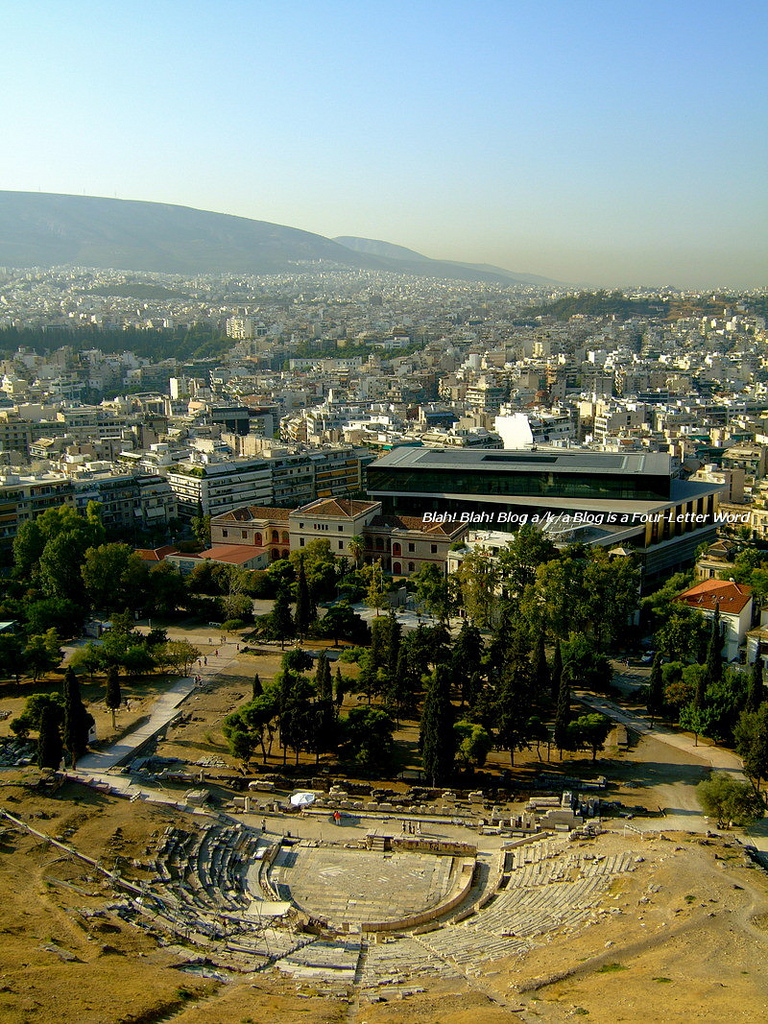 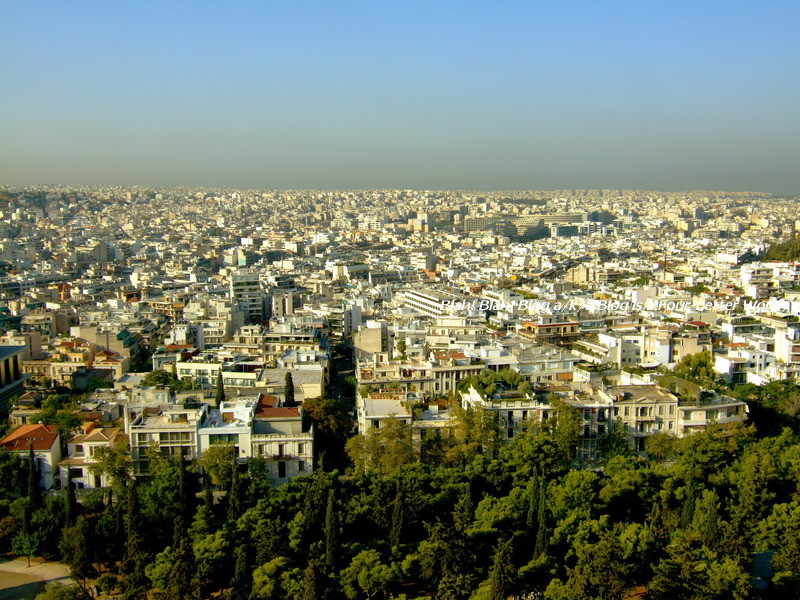 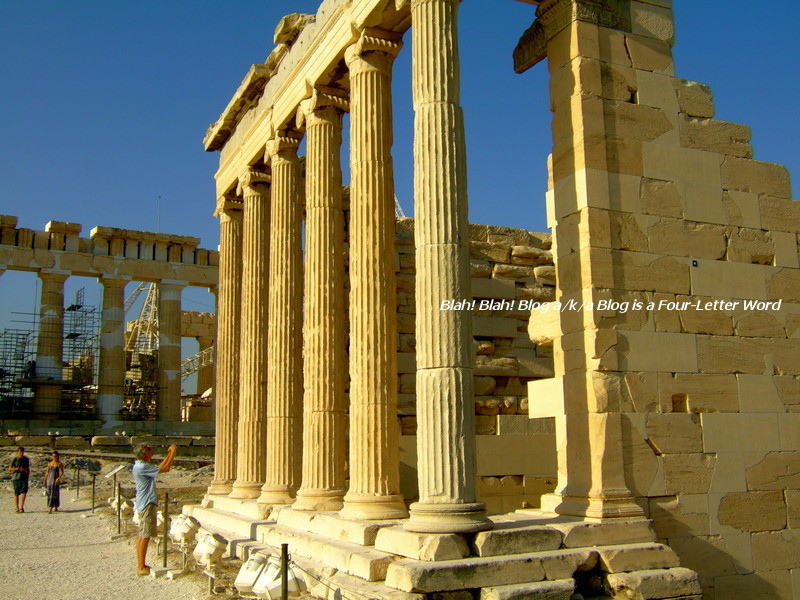 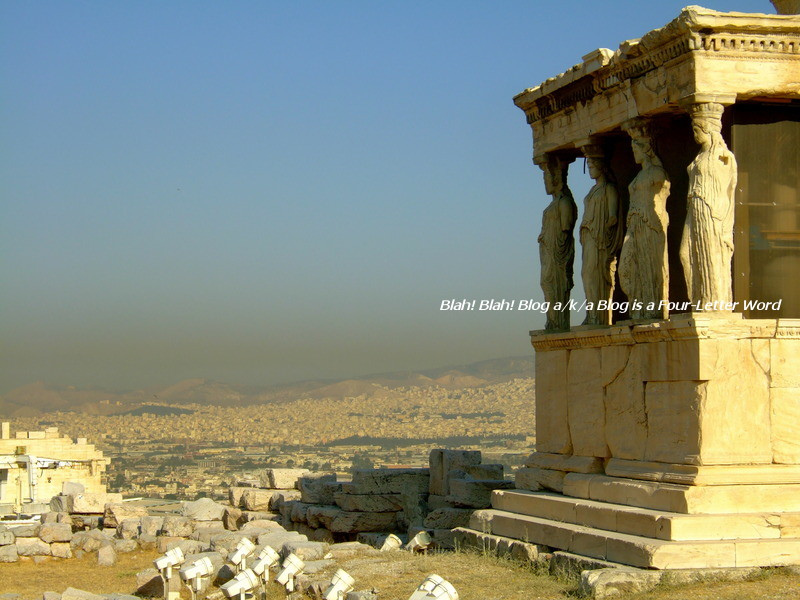 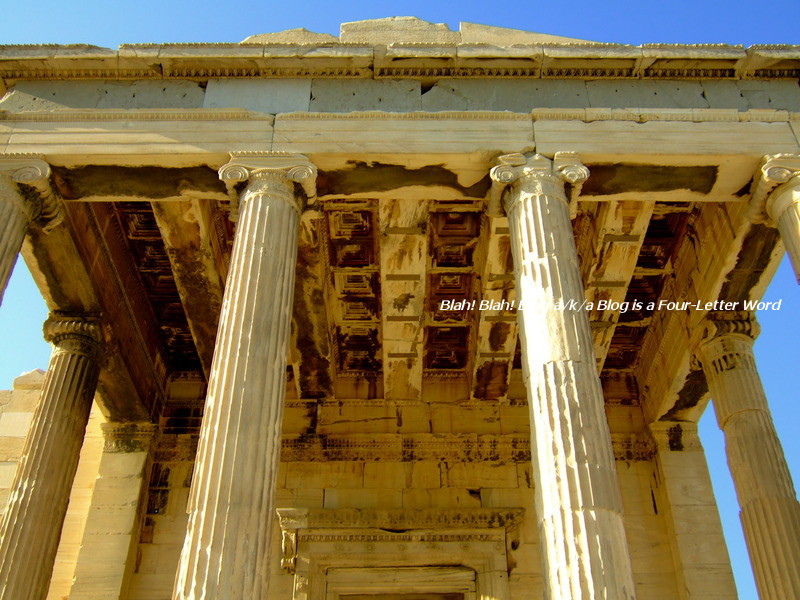 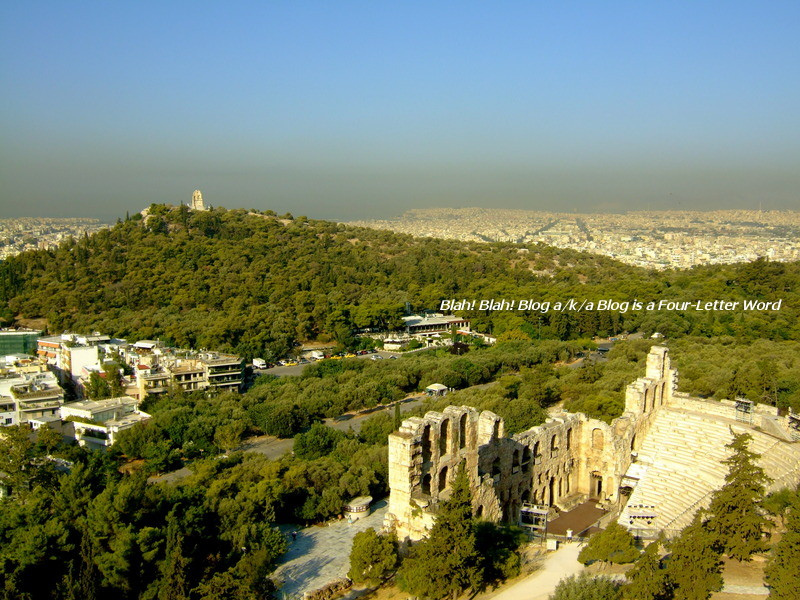 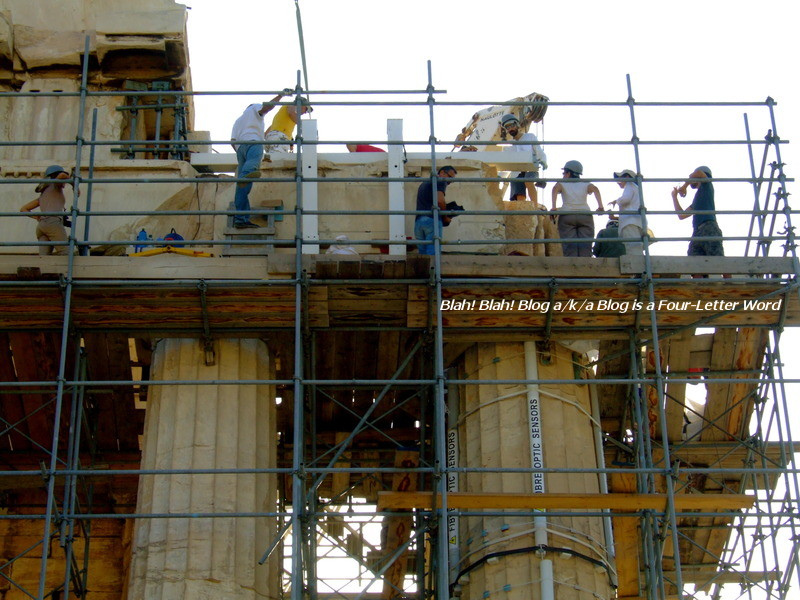 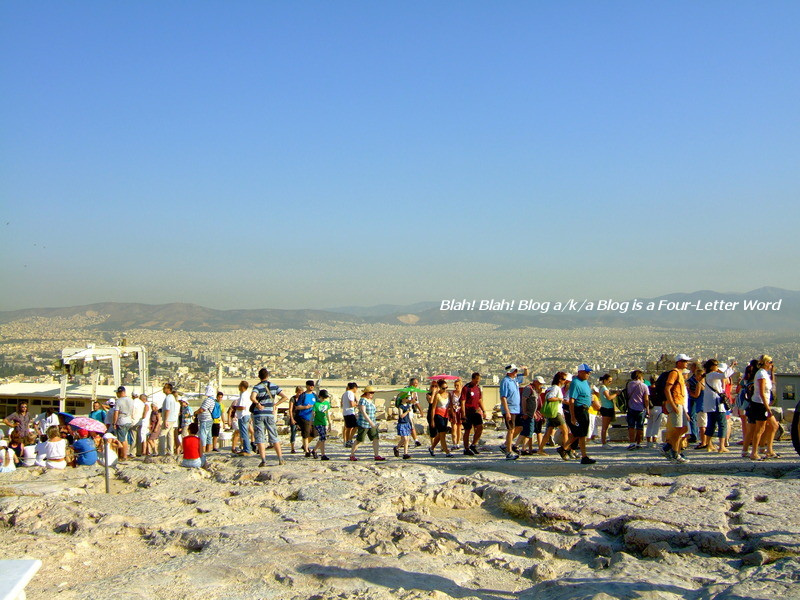 We were very lucky to be the among the first through the gate. About 10 minutes after us were huge groups of tourists that would have ruined the atmosphere. Score one for the independent traveler. 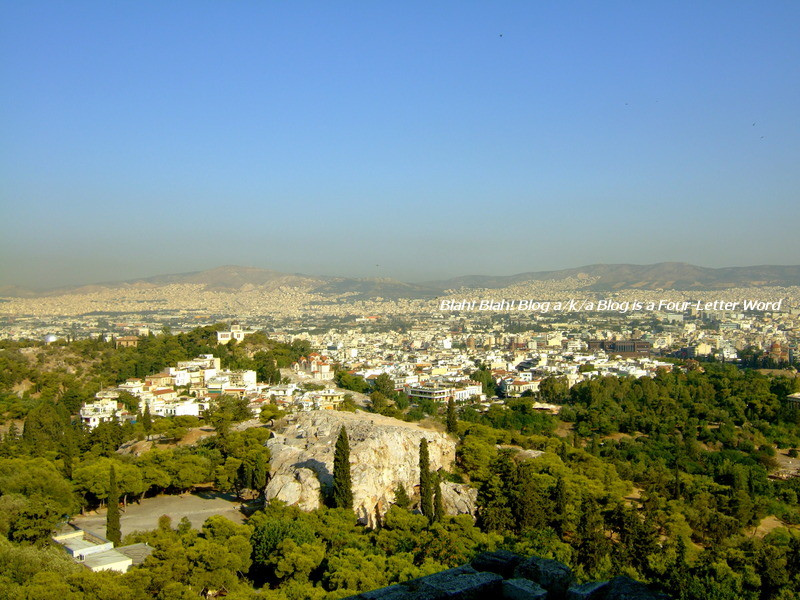 Having browsed through the history of the Acropolis, it really is amazing that it's still around today. It felt incredible to be there this second time around.
Coming from a country that's been under 3 different colonial powers, I've always had an issue with those who've ransacked colonies and carted off with whatever they could get their hands on. Seemed to be the case with Lord Elgin and his merry band of marble thieves. Will be going to the new Acropolis Museum later to see what few treasures are left.
Where's Robin Hood when you need him?

Onto the Acropolis Museum...