Some people claim Cafe Loetje as having the best steak in Amsterdam. I've even read someone say it's the best steak in the world, a big statement that more than piqued my curiosity. After several tries over several weekends of persuading my partner, who doesn't care much for steak, we finally went on Saturday night.
The place didn't take reservations for parties less than six so instead of taking a chance at not getting a table, and since my partner would rather go home than wait in line, we decided to be there at the 5 p.m. opening time. We got there at ten minutes to five and we weren't the only ones - a minute before they opened there were 15 others waiting along with us. This place really WAS popular.
When the doors opened, which quaintly coincided with the peeling of the church bells across the street, we grabbed a table by the window and looked forward to a great steak. 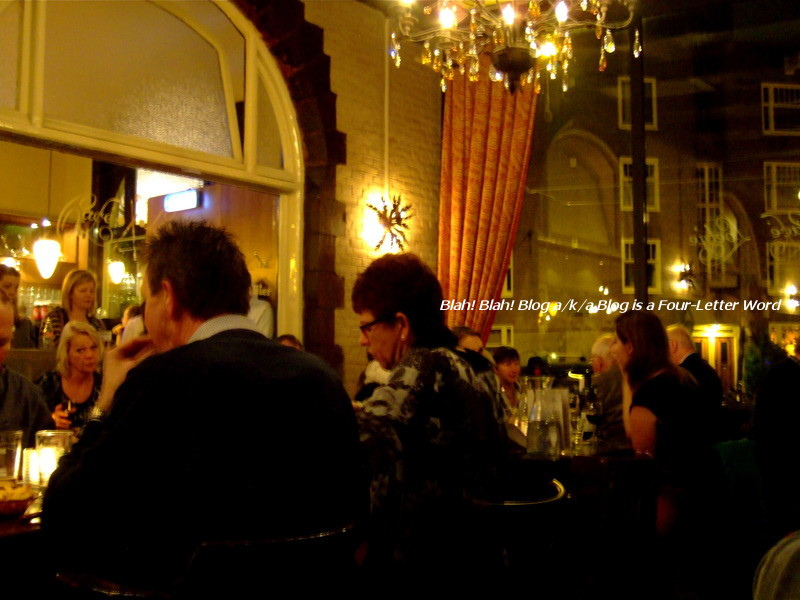 The place was in a mostly residential area in the old south section of Amsterdam. It was in a very nice neighborhood not that far from Museum Square. We both thought it would be fantastic if we could move to the area someday. The cafe had a cozy feel much like what your favorite neighborhood restaurant would be. Very Brooklyn, New York maybe - it wasn't one of those tiny, cramped restaurants that normally exist here. It was all good up until our waitress came over, then it became a different story.

As is the norm, the waitstaff come over to see what we would like to drink then come back minutes later to get our order. Since we already knew what we wanted, my partner out of common courtesy asked if she can take our order.
The waitress goes 'Are you in a hurry?'(!!!)
My partner just laughed it off. I wanted the steak and asked her how big it was.
She says '300 grams'.
I made a gesture with my hand asking how big it was.
She says '300 grams'. Twice.
That got me seething inside and for a quick second I wanted to straighten her out. I held my tongue and gave her my order though the more I thought about how she was the more it left a bad taste in the mouth. I tried my best to be zen and to keep cool for the sake of having a good night.
When our food arrived, my nosediving sentiments went even lower. 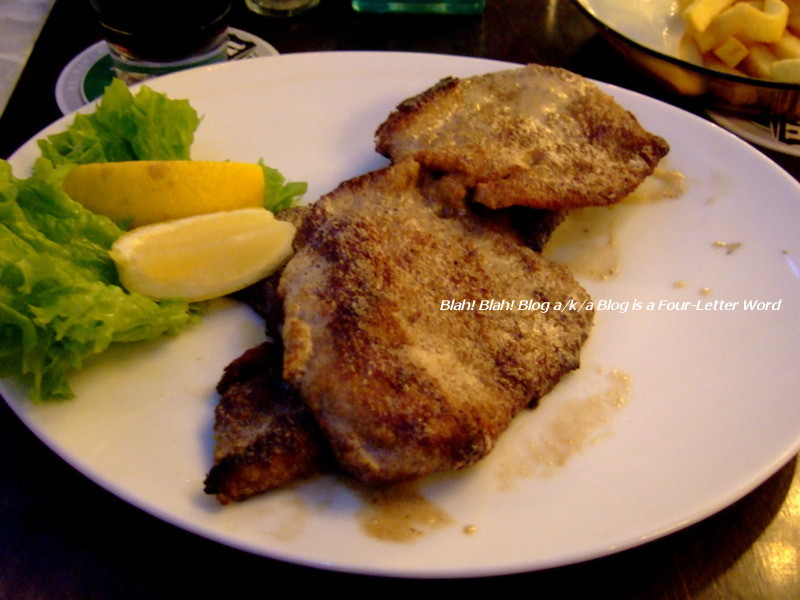 My partner ordered the schnitzel which didn't look appetizing at all - it seemed dry and lacking. He said it was good but ended up leaving half of it uneaten. 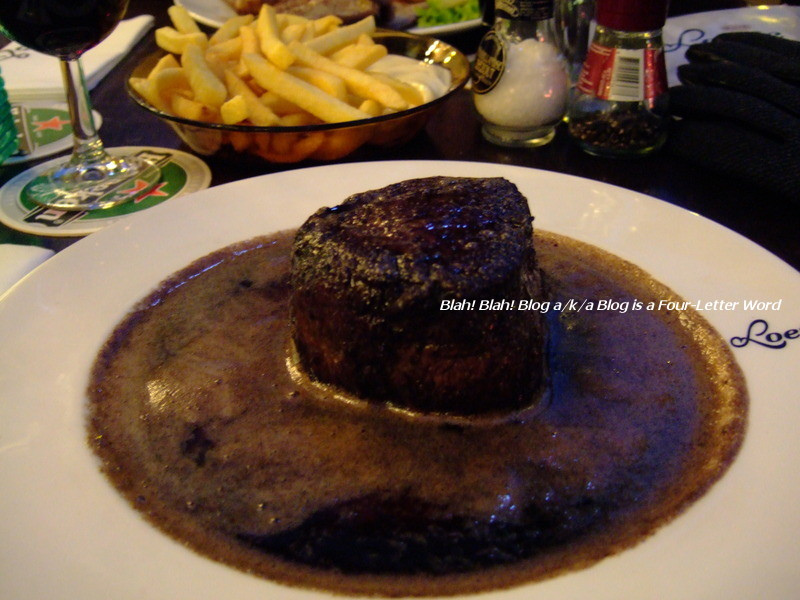 My 300 gram steak looked like a block of charcoal sitting in muddy water. I wondered why the waitress didn't ask how I wanted it done and found out later they only do their steak one way. Most likely with a welder. I'll accept that but in the end I didn't finish it all as the inner meat was too raw for my non-caveman taste.

It must have been my high expectations coupled with the atrocious waitress who served us that made our dinner less than mediocre. If this really was the 'best' steak that Amsterdam can offer, then I should really just call it a day with respect to dining out in this country. With all too often low-level food and dismal service, why even try. 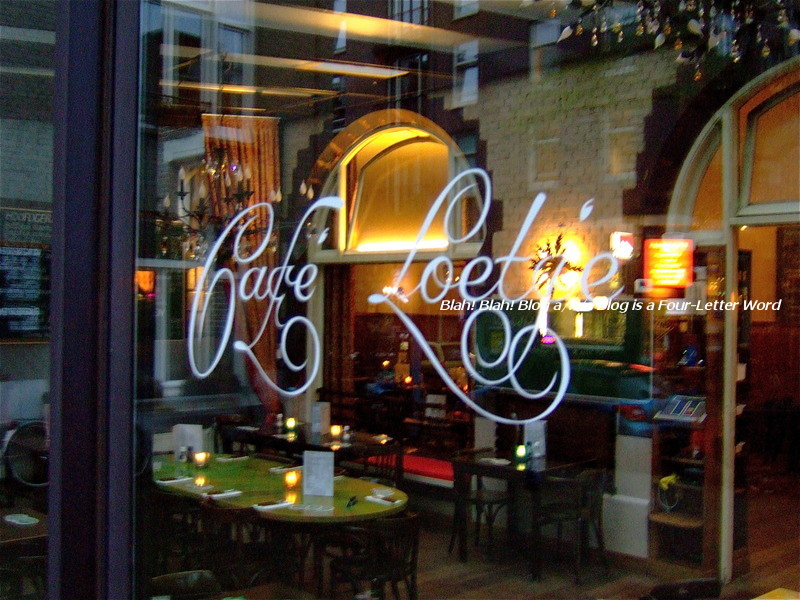